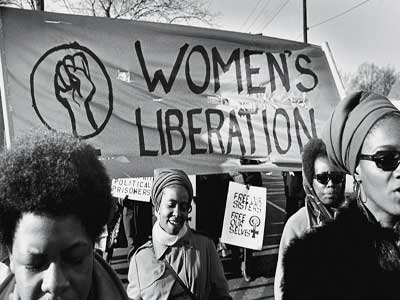 Second-wave feminism is a period of feminist activity that first began in the early 1960s in the United States, and eventually spread throughout the Western world. In the United States the movement lasted through the early 1980s. It later became a worldwide movement that was strong in Europe and parts of Asia. First wave feminism focused mainly on suffrage and overturning legal obstacles to gender equality(i.e., voting rights, property rights), second-wave feminism broadened the debate to a wide range of issues, such as: sexuality, family, the workplace, reproductive rights, and official legal inequalities. At a time when mainstream women were making job gains in professions like the military, the media, and sports, in large part because of second-wave feminist advocacy, second-wave feminism also focused on the battle against violence with proposals for marital rape laws, establishment of rape crisis and battered women's shelters, and changes in custody and divorce laws. Its major effort was the passage of the Equal Rights Amendment (ERA) to the United States Constitution, in which they were defeated by anti-feminists led by Phyllis Schlafly, who argued as an "anti-ERA" view that "the ERA meant women would be drafted into the military." 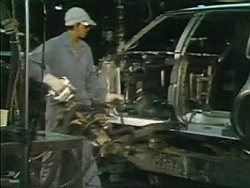