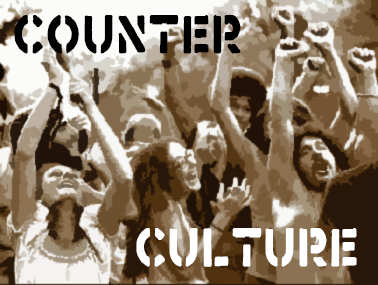 The counterculture movement of the 1960s refers to an anti-establishment cultural phenomenon that developed first in the United States and United Kingdom and spread throughout much of the Western world between the early 1960s and the early 1970s. The movement gained momentum as the African-American Civil Rights Movement continued to grow, and became revolutionary with the expansion of the US government's military intervention in Vietnam. The post-war "baby boom" resulted in an unprecedented demographic of young, wealthy, and dissatisfied people who participated in the rethinking of the American and other democratic societies. As the 1960s progressed, widespread tensions developed in society regarding the war in Vietnam, race relations, human sexuality, women's rights, traditional mode of authority, experimentation with psychoactive drugs, and differing interpretations of the American Dream. New cultural forms emerged, including the rise of hippie culture, and a spirited youth which emphasized creativity and experimentation.

The counterculture movement made it possible for artists like Helen Reddy to express their feelings towards American culture, and encourage other young women to fight for gender equality.